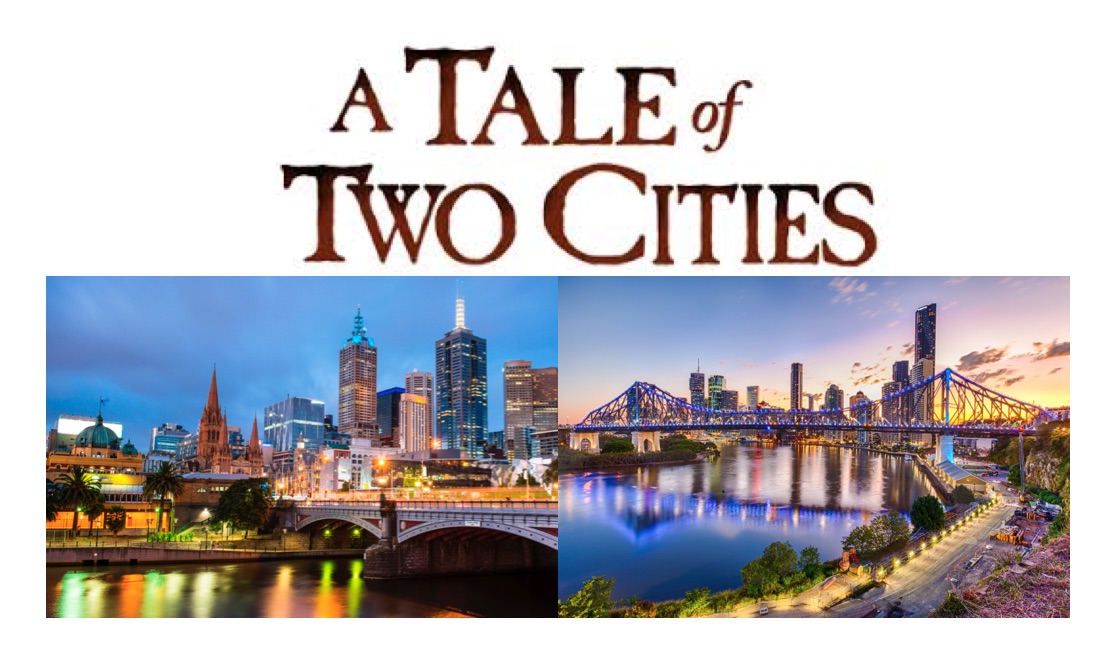 On December 16 2106 an article appeared in The Age Melbourne, titled Victoria’s $60bn transport underspend.  The significance of this article cannot be understated because of the impact that it will have on property prices in two of Australia’s largest cities.  These cities are Melbourne and Brisbane.

A link to that article is attached.

Of greatest interest to us and will be to you, if you are a property investor or perhaps intend to be one, is the recent statement from the Australian Bureau of Statistics (ABS) that Victoria accounted for 36% of the nations population growth in the year to June 2016.  Previously  projections had been for Victoria to have a population growth of a much lower percentage of Australia’s overall population.  The change to Victoria’s population growth is huge and will have an impact on the properties required to house the increased number of people moving to that state.

Our view on Melbourne was more conservative recently because of the price growth that has already occurred there, but the new population growth figures presented by the ABS suggest that there is still further growth to come and perhaps for the foreseeable future.  There have been projections for some time now that suggest that the Melbourne population will surpass that of Sydney’s in the future.  When this is understood and with the fact that Melbourne has been named the world’s most liveable city for the last 6 consecutive years means that the city will continue to attract new residents.

If you live in Sydney or Melbourne then, whilst prices already seem high and especially to those who live in other states,those price rises are likely to continue and particularly in Melbourne where massive population growth is occuring.  If you can find good value property in Melbourne then you should buy it because the population growth basically underpins and ensures that prices are going to rise for properties in good quality areas close to the city.

The Brisbane property market provides another compelling proposition.  Brisbane property is undervalued at the moment, but it is undervalued for a reason.  The state of the Queensland economy is being affected by poor government and political weakness to do what needs to be done in that state.  Eventually politicians on both sides of the political fence will find some intestinal fortitude and do what needs to be done to lower the State’s debt burden.   Brisbane property offers the best growth potential on a percentage basis of any capital city in Australia because the level of population growth has in recent years reduced considerably.

This population growth rate will turn around when the State’s debt issue is tackled and new infrastructure can be built. Industry will respond and new jobs will be created.  People will flock from the other states, particularly Victoria and New South Wales, as once was the case, when Queensland had no net debt.  Southerners will see the opportunity of a job and cheaper housing in Queensland, and in Brisbane in particular as very compelling.  The much better climate and lifestyle on offer will be too irresistible for people living in the much more expensive capitals and wondering how on earth they are going to get their foot on the property ladder.  Population growth is the key to price growth and it is a matter of when, not if, the Brisbane and Queensland market will turn around.  Smart investors with a decent long term horizon will see this opportunity for what it is and grab it with both hands.

And on a final note, for those of you who think that the property market in Queensland will never recover, i would remind you that Sydney was closed for business for ten years with virtually no price growth. When that price growth came it caught everyone by surprise in terms of the speed and intensity of the price growth changes. Brisbane’s turn for growth is coming and it will catch most people by surprise just as it did in Sydney.