Is now the time to buy in Brisbane? 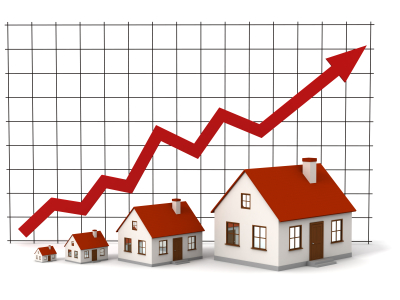 Coming growth set to catch most by surprise.

An article published in The Australian on Tuesday 3rd October,2017 was written by Elizabeth Redman and was titled “Rise and fall of capitals’ housing markets”.

What this article revealed was that median prices are finally showing a turnaround for Brisbane residential property prices. We have been waiting some time for this to occur and it finally seems that it is happening.

This turnaround is evidenced by median house prices in Brisbane finally rising when compared with the other capital cities in Australia. Brisbane house price medians are now higher than those of Perth and Darwin, but still below Sydney, Melbourne and Canberra.  It has been a long time since the median prices in Brisbane were above Darwin and Perth and number four on the list of capital city median prices.

We don’t understand house prices in Canberra by the way, the city doesn’t seem to have a real economy, unless you consider the hot air created there an environmental benefit.  Cynical comments aside, our thoughts are based on population growth, economic potential and the diversity of the Queensland economy, and because of this we believe the median price of Brisbane property should only be behind the median prices of Sydney and Melbourne and above the other capital city medians.

Of interest to note is that Brisbane median prices have risen by only 2.9% in the last year, which is below the growth of other capital city markets in Australia such as Sydney, Melbourne, Adelaide, Hobart and Darwin.  National house price medians shown below on the information provided by CoreLogic. We think this means that Brisbane will outperform the other capital cities in the near future. Houses in Brisbane will be the first to benefit from the changes in median prices that are finally showing up in the data. We expect that this growth in house prices for Brisbane will be followed by growth in prices for townhouses and finally in units/apartments.  There is no hiding the fact that Brisbane has seen some localised oversupply in specific locations and product types, but this is only a small part of the market.

To further support our property price growth expectations, an article titled “The $8b exodus: Sydney home owners are selling up and Queensland is the big winner” written by Michael Heath was published on October 6, 2017 in the Sydney Morning Herald told the story.

In the article, Macquarie Bank comments that Sydneysiders are cashing out of their million dollar homes in favour of cheaper houses in the tropical north.  They say that this emerging exodus is part of Australia’s latest wave of interstate migration to Queensland.  Sydney prices are currently twice the price of Brisbane property and job creation in Queensland is on the rise.

Macquarie Bank estimates that the migration shift currently underway could inject $8.1b into the Brisbane and South-east Queensland housing markets.  This would be no small amount of stimulus to the Queensland property market as it represents approximately 25% of the annual turnover of the industry.  The whole Queensland economy would benefit from this expected wave of interstate migration and will in our opinion usher in the next major growth phase for the Queensland economy.

In our opinion there is definitely no oversupply of well-designed, well-located properties, including units, built for permanent occupation.  The growth in prices in these types of properties is coming and potentially quite soon.  We can’t tell you exactly when, but what we can tell you is that it is going to happen.  When it does, the speed of the recovery and price growth will catch most people by surprise.