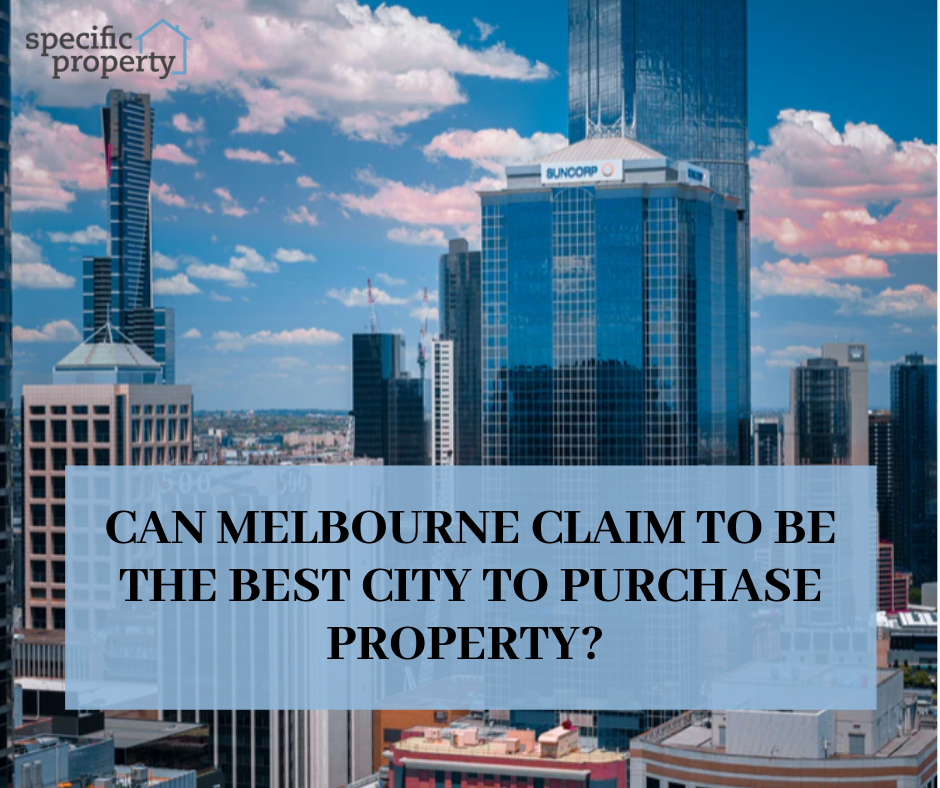 Relatively speaking Australian cities are very new. We believe that some fundamental characteristics make some cities better than others. Especially when looking at what city will be the best for property investment.

Statistics from the Australian Bureau of Statistics have shown that Melbourne is primed to have the highest population growth.

“Victoria had the strongest population growth in Australia at 2.2% in CY18 due to high overseas migration, strong internal movement from within Victoria; and new residents moving from Sydney and Perth, according to the Australian Bureau of Statistics.”

Why is Melbourne so desirable?

Melbourne is one of the major cities that offer an abundance of attractive employment opportunities.  Victoria had an all-time low in unemployment, which was recorded at the beginning of this year as only 4.5%, which was followed by the strongest job growth of 15.9.% since November 2013.

Melbourne when compared to counterparts such as Sydney, there is a wider range of affordable housing available in Melbourne.

The cafe culture and foodie scene has put Melbourne on the map. There is no doubt that you can find some of the most passionate and well-versed baristas at your local cafe. The fact that there is a wide range of above-average places to dine, eat and explore gives Melbourne the aspect of accessibility and freedom of choice. The expansion of new industries in regional areas has attracted $10 million of state government support. Such businesses as small-batch spirits, craft beer, and food production have seen expansion grants of up to $200,000.

What is in store for the future?

Melbourne will be Australia’s largest city by as early as 2031. The following are just some of the developments and projects to accommodate the expected growth.

“The Victorian Government is also moving forward with its highly-anticipated Fishermans Bend redevelopment, Australia’s largest urban renewal project, which will transform 250ha of inner-city land into housing and employment opportunities for 80,000 people by 2050.”– Switzer Daily

“About $615 million will be spent on public transport, such as the purchase of new trains for the busiest regional lines. A growing number of Melbournians relocating to satellite cities is straining services, with all trains from Geelong arriving at Southern Cross before 9am at 96-100% capacity.” – Switzer Daily

“In FY20, major infrastructure projects will continue to prepare Melbourne for massive future population growth, including the commencement of the $15.8 billion North East Link, which will cut travel times by up to 35 minutes to Melbourne’s rapidly growing northern suburbs.” – Switzer Daily

How can we help you?