The media loves negative headlines, but what about the facts? 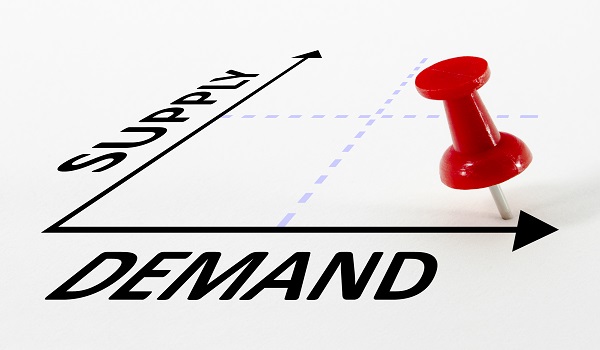 In an Australian Financial Review (AFR) article published on October 17 2016, the headline stated “Deloitte Access tips property to be the ‘worst investment’” and goes on to say that there is an increasing risk that residential property may become the worst investment in the next few decades.

I wouldn’t be surprised if that didn’t scare the pants of most current and prospective property owners. Sensational headlines in our media are designed to get your attention, but very often have little to do with the facts. Some people just read headlines and don’t have the time or inclination to delve into what the facts are, so this article should help to give you another perspective and hopefully some balance on the property market in Australia.

Before we get into this article it is worth noting that the very same economist, Chris Richardson, who was quoted in the AFR article last week, was quoted in the Sydney Morning Herald on April 11 2005. That article was titled ‘A nation of empty playgrounds’. Mr Richardson was quoted under the subheading “Housing” where he made the following comments, the extract of which is below. And remember these comments below were made a over a decade ago in 2005.

Housing Today’s suburban castles will be tomorrow’s white elephants as families shrink and the aged population swells. Banks are already thinking ahead to who will buy the McMansions when empty nesters downsize. The smaller families of the future won’t need the five­bedroom, three­bathroom, double­garage house that is sought after today. That’s good news for people sitting on investment units ­ they’ll be hot property by 2050. “The oversupply of inner­city apartments we’ve got now will be an advantage ­ they’ll be the desired destination of the future,” Chris Richardson, director of Access Economics, says.

Property prices will mirror the demographic shift. “House prices won’t collapse, but within house prices there will be a shift towards apartments,” Richardson says. Prices for big houses will be based on land value, rather than the bricks and mortar.

So what are we to make of all of this… An economist stating that there is a risk that property becomes the worst investment in the next few decades and says in the article that everyone in Australia knows that too many apartments are being built and that “there will be a shakeout”. But what of his comment a little over 10 years ago that the oversupply of inner-city apartments will eventually be an advantage and the desired destination of the future. Were apartments in oversupply 10 years ago? If so they have obviously been sold. And is an apartment capable of being someone’s home?

Those of you who have spoken to me in the past or who have read articles that I have written know that I have a saying “that there is always too much of the wrong kind of property and never enough of the right kind of property”. The overbuilding that they are talking about applies to some inappropriate types of apartments in the centre of our capital cities.

Those properties have not been designed for long term living and every residential property that is built is supposed to be someone’s home. If houses in our suburbs were built with inappropriate designs then those properties wouldn’t pass the test either. If a property doesn’t meet good design criteria then the property was never any good as a long term home or property investment the day the architect put the first line on the page.

Here are some facts to consider that influence the property market in Australia.

According to the Australian Bureau of statistics, Australia’s population as at 31st March 2016 was 24,245,566 and is projected to increase to between 36.8 million and 48.3 million by 2061, and reach between 42.4 million and 70.1 million in 2101.
Australia has one of the fastest percentages of population growth of any developed country in the world and we all know why that is. We live in a wonderful country.

Does anyone really believe that over the next few decades, the exact period that Mr Richardson is suggesting in his comments in the AFR article that there is a great risk that property is going to underperform? After all property prices must reflect the cost to deliver those properties to the market. Properties built in the past would have had lower costs so older properties close to our larger cities must eventually experience price growth.

Let’s look at some of the key costs that influence property prices. Common sense says that developers have no choice other than to build those costs into the prices they sell their properties for. For example, do you really think that any of the costs below will decline in the next coming decades?

Population growth always brings more opportunities for economic growth, jobs growth and of course wages growth. There is a trend worldwide for people to move towards the central infrastructure of our major population areas. Once again it is impossible that the land for development in these locations will not increase in value.

That cost of that land has to be passed on to the purchasers of properties in the areas they desire. Just consider trying to buy a house or apartment in the middle of London, New York or Hong Kong where those cities are bigger than our cities now. The cost per square metre of property in those three cities mentioned are above every Australian capital city including our most expensive capital, Sydney.

They say the trend is your friend and that certainly is the trend in Australia.  Our cities are getting bigger and prices for properties close to the centre of those cities will increase and they will increase substantially over time because that is where more of us want to live.

As for the current over-building of inappropriate types of properties in the centre of our major cities, these properties, simply because of massive population growth, will be in demand in the future but of course they won’t rise in value as fast as property that has been designed well, and for long term living.

It is worth noting that as in all markets supply and demand takes care of oversupply and undersupply and that is already beginning to happen. Some current developments have been put on hold and very few new projects are being announced.

No builder or developer will start a project where they can’t recover their costs or they don’t believe that they will get the sales they need to commence construction. Market’s self-correct always and any oversupply or undersupply is only a moment in time in terms of the long term property market.